24999 downloads Free for personal use
Download
Note of the author

The font began as just a doodling exercise. I'm really, really terrible at actual calligraphy, so I was trying out a new wedge marker and attempting to make a reasonable, light handed calligraphic script. I failed at that, so I just let the sample languish in one of my writing notebooks. Recently, while doing some housecleaning, I ran across it again and decided to play around with it in Photoshop, experimenting with a new kind of stressing I wanted to try, with a kind of textured series of horizontal lines "showing through" where the image is weakest. The combination of good stressing effects, a little vertical rescaling, and my mediocre calligraphy made for a font I'm suddenly very fond of - a sincere if inexpert fantasy font, just about right for the signage and paper menus in my oldest fantasy tavern (there were a few shameful years in my life where I cared if it was "historical" for an RPG tavern to have paper menus, but I got over that with a vengeance and now most of them even offer cheap hot wings on a Tuesday night). Cup and Talon is a full-keyboard font with assorted extras tucked in, including curly quotes and full dashes.

This font is copyright 2003 by S. John Ross. "Cumberland Games & Diversions" is a trademark of S. John Ross. This font is freeware for personal, non-commercial use of any kind. Contact me at sjohn@cumberlandgames.com if you're interested in a licence for public or organizational use. 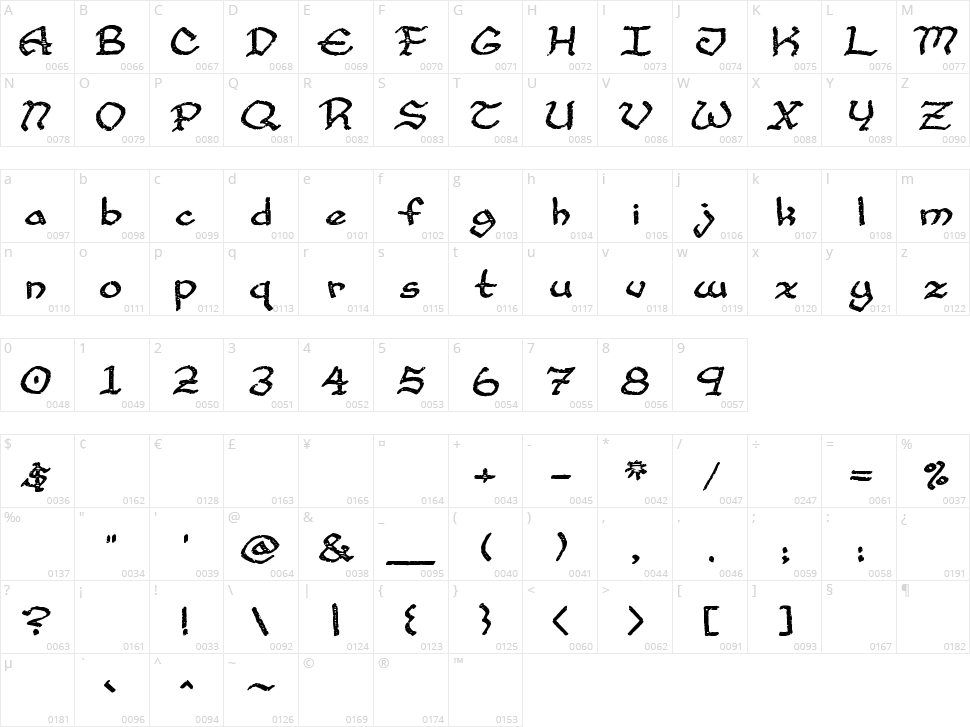