flanks of the finest coachbuilt automobiles in the world. It

is a complete alphabet, albeit all lower case at the moment,

For $10, you are entitled to a single-user licence for

Please send a cheque or money order to:

Feel free to email me at vanderhr@skyia.com

Top Speed is strictly a display typeface, and should be used

at a time. The most distinctive feature of Top Speed is the

fact that all the letterforms are connected to each other.

To maintain this look, all the characters have tails. The

forward-slash character (and underline character) can be

inserted between words instead of using the space bar,

is a somewhat shorter connector; the '|' key is a slightly

To begin your word or line of text, you should insert a small

version of the baseline, which is the "<" character. This will

start off your type with an appropriate "tail." To finish off

your line of type, use the ">" character, as it will end your

tail at the appropriate distance. These characters are more

necessary in the Outline version of the font.

Top Speed may require minor kerning adjustment with some

characters. Because each letter must be placed EXACTLY next

to the following letter, (Top Speed Normal and Heavy are

slightly more forgiving) you might notice a sliver appear

between an occasional pair of letters.

There are no differences in the capital letters except for the

letter F. The capital letter F does not continue along the

baseline, but instead it can run into certain letters

(typically, the a, o, or u) through it's horizontal crossed

black. This fills up the "hole" left at the beginning of the

next character. If the capital F is used to end a word or

sentence using Top Speed Outline, that little speck will have

to somehow be creatively covered up.

Top Speed is my first computer designed typeface. It was

created completely in CorelDraw 7. Since this was my first

font, I did stumble through the whole process a bit, and as

a result, it does contain the odd imperfection. For example,

to work. Currently, the null character is inserted instead.

In a way, it's a bit of a handmade product. I began the

font in the spring, basically ignored it all summer, and

then finished it in the fall. Mostly, it has been fun.

I hope you enjoy it.

The typeface name 'Top Speed' has been registered at the Goudy

This font may not be sold or modified without my consent.

Top Speed may not be distributed without this text file. The

contents of this file are also embedded inside the True Type

font file and can be viewed with font info extension softare. 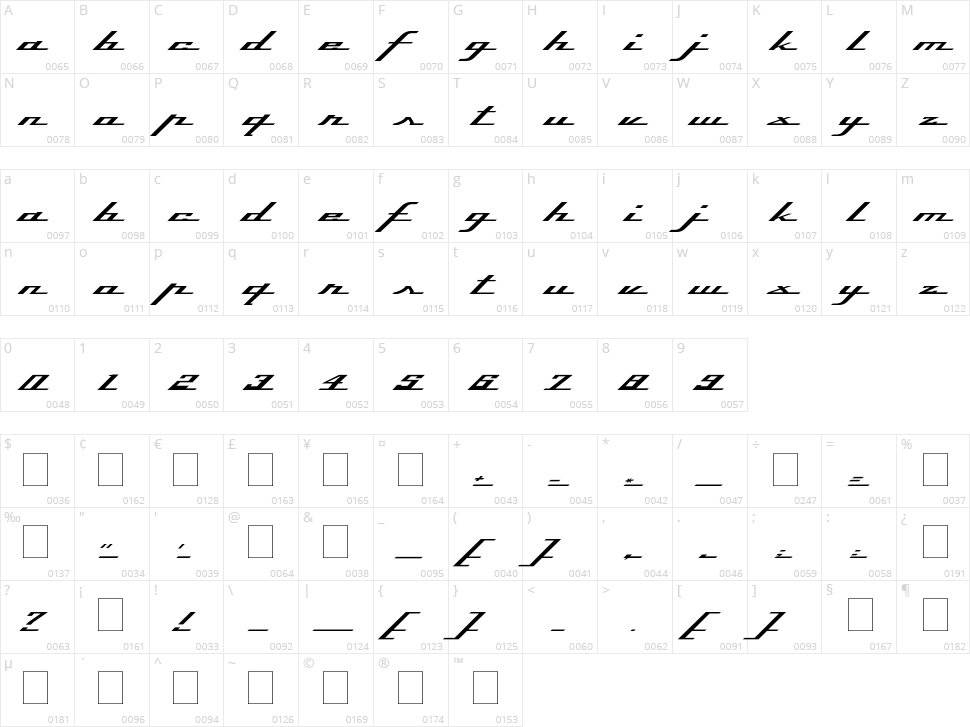