11575 downloads Free for personal use
Download
Note of the author

Fans of mythology may recall that Vanth was a demoness of sorts, the Etruscan herald of death and the assistant to mortals in the process of dying, while Ragnarok was the end-of-the-world scenario in the Norse myths. It may seem a little silly to combine them, but fans of the formative history of role-playing games may recognize the reason for this font's name and appearance...

VANTHIAN RAGNAROK is a full-keyboard stressed typewriter font with a few of my usual extras tossed into the extended set; it's based on a modified version of a type that first appeared on electric typewriters in the late 1950s (and used for a number of role-playing games in the 1970s and very early 80s), with a heavier hyphen, a bolder period, and of course a bucket of acid and a bicycle chain. Enjoy!

This font is copyright 2004 by S. John Ross. "Cumberland Games & Diversions" is a trademark of S. John Ross. This font is freeware for private, non-commercial use. Contact me at sjohn@cumberlandgames.com if you're interested in a licence for public or organizational use. 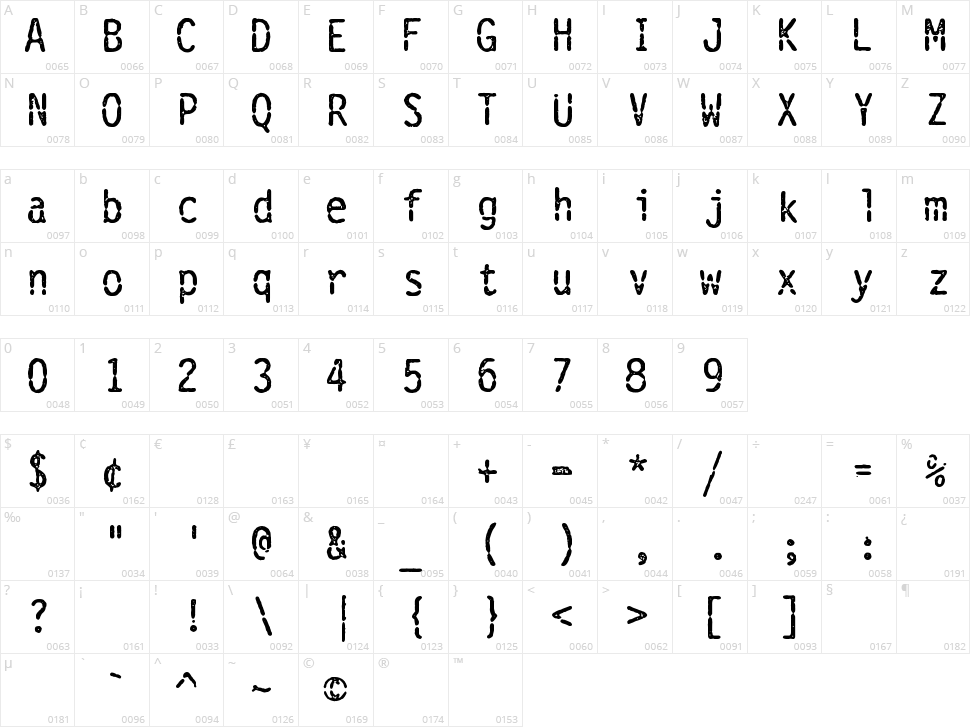