This is Essays 1743, a font by John Stracke, based on the typeface

used in a 1743 English translation of Montaigne's Essays. The font is

characters: all of ASCII, Latin-1, and Latin Extended A; some of Latin

Extended B (basically, the ones that are more or less based on Roman

letters); and a variety of other characters, such as oddball

TrueType and PostScript forms are available.

For the purposes of the LGPL, the source file is Essays1743.sfd (the

pfaedit source), which should be included in this archive. 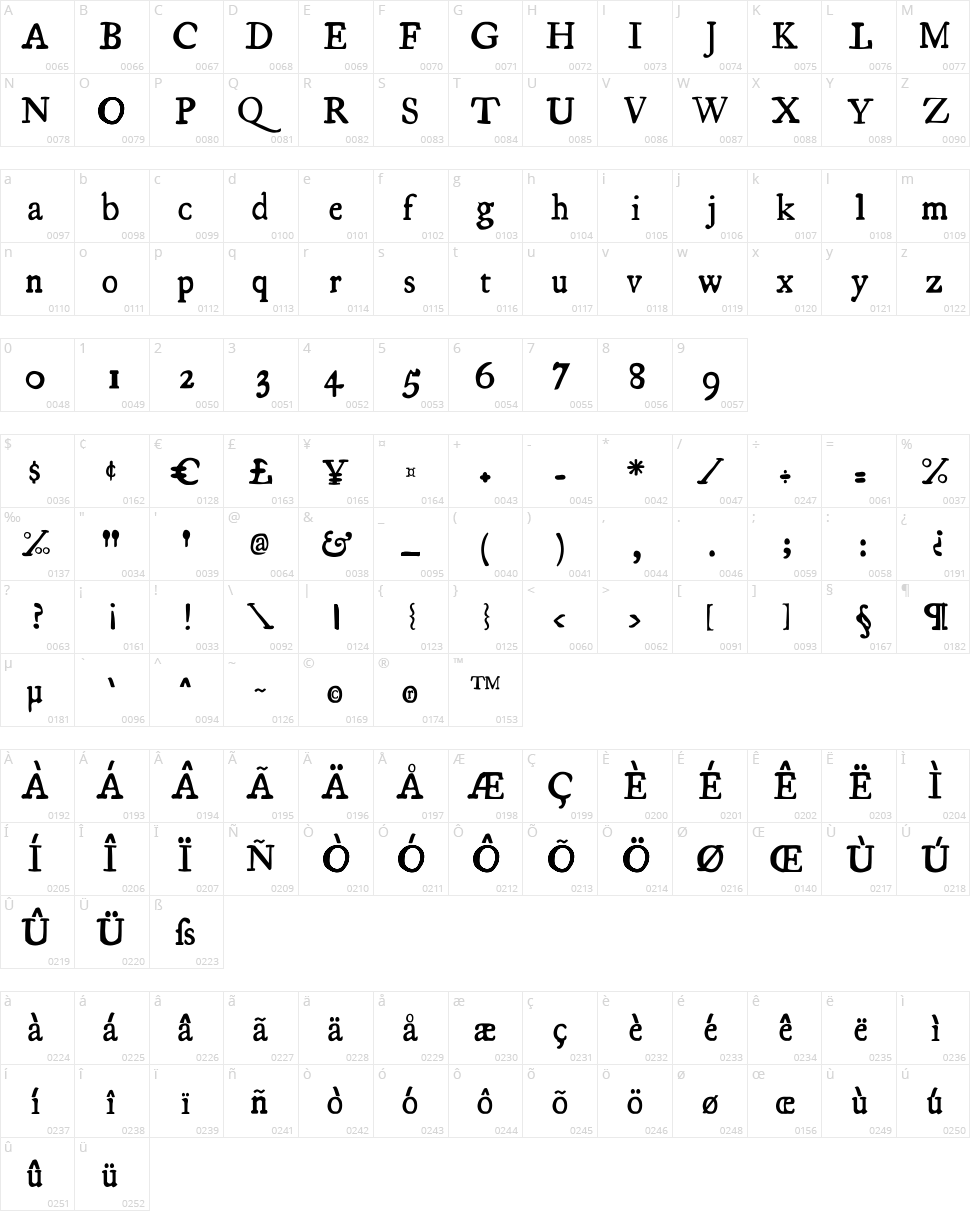