ABOUT THIS SHAREWARE FONT

purpose you are obligated to register it as shareware.

To register the font you may pay a $5 registration fee to Ragnarok, or

$15. The later option is the best deal, because you'll get a whole disk of

shareware collection or package, please contact us first at the address

(netmail or US Mail) or phone number given below.

The rest of this is our standard catalog, but without our great font

samples. To actually see what our fonts look like open the accompanying GIF

file. If you like this font you'll love some of the hundred-plus other

fonts in the Scriptorium Font Library.

Nalle of Ragnarok Games for use in their publications, but now available to

the public by direct mail. The emphasis of the collection is on original

never seen before and can't get anywhere else.

this time. Each disk includes as many fonts as we can fit on it (usually 8 to

12 fonts). They are fully registered when you purchase the disk.

it. Each sampler includes 8 fonts and sells for $15, or you can get a year's

resolution demands of all text uses. The collection includes some elegant

fonts, plus some very unusual offerings like the Kelmscott font based on

A collection of sophisticated and flexible text fonts, including some

unique fonts and some based on classic styles. Includes Boswell, Alcibiades,

This collection includes some great new fonts, such as Adramalech,

nouveau and medieval styles, plus a couple of unusual special use fonts. Our

favorites are the Starfield font, which looks like a scattered field of stars,

the Buccaneer font, drawn from 17th century wanted posters and the Ariosto and

This disk features 10 unusual display fonts, including a number of

Ten more display fonts, including some of our strangest, such as Golgotha

(made of piled skulls), Eglantine, Mayhem and Sanguinary (title font from the

More great display fonts, with an emphasis on arcane and evil looking

fonts, such as Asphodel, Descant, Abaddon, Mephisto and Apollyon. $15.

This disk includes a variety of calligraphic fonts, including several

Celtic-style fonts, fonts based on medieval and renaissance calligraphy and

Bastarda, Courthand, Fabliaux, Rackham and others. Because these are based on

may include specialty characters or strange alternate forms for some letters.

This disk includes a variety of medieval English, French and Italian

A special collection with an emphasis on italic calligrpahy from the

An assortment of great new calligraphic fonts drawn from medieval and

A collection of fonts for languages which don't use the English alphabet,

including both obscure real world and historical languages and role-playing

game world languages. Check out the Bahairic and Futhark fonts if you want

something really different. Oh, and did you say you were going mad because

you couldn't decorate your computer-generated icons without Church Slavonic?

Well, try Patriarch. It reads in English, but looks like Church Slavonic.

More unusual fonts from foreign sources with a particular emphasis on

languages from the ancient near east, like Chaldean, Ugaritic and Phoenician.

motifs. Because of the detail of these decorative initials only 5 fonts are

This collection of decorative fonts includes some medieval classics and

some very detailed 19th century fonts, as well as decroative initials based on

the works of Howard Pyle and John D. Batten. Because of the intricacy of

Five new decorative initial sets. Fonts featured include the rather

Even more great decorative initials, including Golgotha and Finestra two

This is a collection of illustrations in font form, including animals,

and more. These fonts are intricate so only six could fit on the disk. $15.

font, Dinomania with pictures of dinosaurs and Mesoglyphs taken from

three months, with updates being released on the first of January, April, July

and October. If you send in your original disk and $5 we will update you with

the latest versions of all the fonts on that disk. Most of our fonts are

brand new, so expect pretty substantial changes with some of the updates over

the next year or so.

Support shareware. Many of our fonts are distributed as shareware for

promotional purposes. If you see our fonts being circulated as unregistered

copies (without our shareware notice), let us know...or let the culprit know

that you dont' approve. These fonts are too damned cheap for anyone NOT to

pay their shareware fee or order them on disk.

provided below. Please specify your computer type. There will be a $5 reorder

as a result. Advance order items will be sent as soon as they are released.

Overseas orders please include $3 per disk for shipping and handling.

Wholesale information is available on request.

For samples of some of our fonts see the GIF files enclosed in this archive. 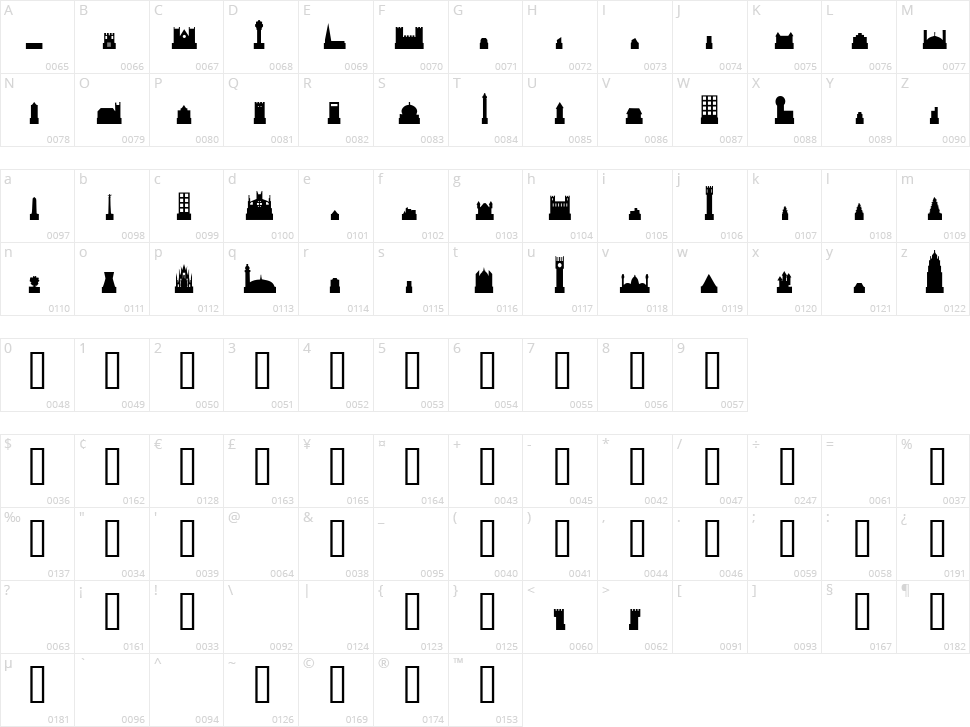